skip to main | skip to sidebar

Summary of this week's report: State Rep. Debbie Riddle filed five important bills for the 2009session of the TX Legislature dealing with the problem of illegal aliens. These important bills will seek to allow for better enforcement of our immigration laws, sanction businesses who hire illegals, require photo ID for voting, and repeal instate tuitionf or illegal aliens.

Take Action:Please send a fax to Rep. Riddle thanking her for filing this important legislation:http://morrisonreport.com/fax/index.php?fax_id=62

The full report:Amidst the endless pomp and circumstance surrounding the electionof President-elect Barack Hussein Obama, and the defeat of numerousRepublican senatorial candidates nationwide, it would seem thatgood news for the GOP is hard to come by right now.But, conservatives should remember the fall of 1964 in these perceived dark times that we are now entering. It was after Lyndon Johnson's complete dismantling of Arizona Senator Barry Goldwater to win the presidency in a landslide that year that the Right got serious about conservatism. Had that defeat not taken place, which emboldened conservatives such as future president Ronald Reagan, who knows where the country would be today?Just as the ashes of the failed conservative movement in 1964 produced a new conservative movement that would eclipse the Left and see Reagan elected to the White House in 1980, so will conservatives rise from this defeat in 2008, prepared to take astrong stand against the rising tide of socialism and radical liberal policies.Remember that in wars, defeats in battles allow you to gauge the effectiveness of your current campaign strategies and ascertain the weaknesses in your opponent. We are in a cultural war with the Left: with those who want to welcome every person in the planet into the United States and grant them citizenship; with a President-elect who isn't afraid to embrace the tenets of communism; with a political party that wants to raise your taxes during a time of economic crisis.Remember also that in the 2008 election, we saw an issue that conservatives continue to win on completely ignored: immigration.Thankfully in Texas, a rising star in the Republican Party and an individual who will play a major role in the reshaping of conservatism's future is making noise with her legislative tenacity.Rep. Debbie Riddle - a state representative from Tomball - has filed numerous anti-immigration bills for the 2009 session of the Texas Legislature. This horse-breeder from House District 150 isnot afraid of controversy if it means standing up for her constituents. A couple of quotes from her:

"My constituents are being taxed out of their homes . . . and their taxes are providing services for people who are here illegally."The new House bills that Rep. Debbie Riddle, R-Houston authored and filed include:

These are sensible, winning issues that the recently defeated JohnMcCain never even touched on during his run for The White House. These bills that Riddle has proposed are helpful solutions to the problem of illegal immigration, and also show what courage can do in the face of overwhelming odds. With the federal government firmly in the hands of open border globalist elites, it is here at the state and local level that we can best hope to elicit change,for here you will have an audience of neighbors, friends and family who will support you, who know you and will work tirelessly for you. Riddle has shown a winning strategy for conservatives in our great state in the coming two years: introduce legislation that will winback the conservatives who are fed up with the direction the state and nation are going. Texas, mind you, does not have an initiative process, so we are powerless in effecting change, unless one of our elected officials proposes a bill. Riddle is a heroine for doing this; our job is to make sure the rest of our elected officials follow her lead.I encourage each of you reading this report to send faxes, emails and letters to her office letting her know how valuable her work isto you, and how you feel she is a patriot who perhaps should consider higher office... soon.

1964 was the year conservatives knuckled down and began a grassroots movement that would ultimately propel Reagan to The White House 16 years later. Barack Hussein Obama will not bring desired change to WashingtonD.C., just more radical socialism (bordering on Marxism) and he will continue to turn the Federal Government's eyes away from the illegal immigration crisis. Back at home, the eyes of Texas will be upon our state legislature during the coming session. We can support Riddle and those like her, who hopefully are learning from the mistakes of conservativesin past election battles, and realizing what it will take to win the war for our state and our nation. Remember, Obama may have won the battle, but we will win the cultural war. In these times, we need to be reminded that we have persevered before, and we will again. 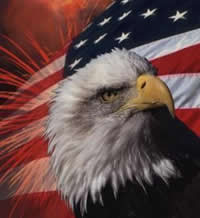 Pursuant to Title 17 U.S.C. 107, other copyrighted work is provided for educational purposes, research, critical comment, or debate without profit or payment. If you wish to use copyrighted material from this site for your own purposes beyond the "fair use" exception, you must obtain permission from the copyright owner.